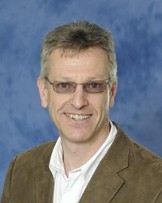 Between February and April 2012 the Leveson Inquiry investigated relations between the police and the press, examining police conduct during Operation Caryatid and also the routine systems and processes of police-press relations. The Inquiry is notable in that it shone a light on a normally hidden policing function; it brought the backstage processes of police-media relations, part of police 'image work', to the frontstage area. This seminar considers the Leveson Inquiry and the data it collected in the context of police image work drawing on Erving Goffman's classic work and more recent literature on individual and organisational impression management, corporate reputation and crisis communications.

Dr Mawby works in the Department of Criminology at the University of Leicester. He has been a criminal justice researcher for over twenty years and has published widely on police communications. He currently holds a Leverhulme Research Fellowship and is undertaking a study of 'Police, Media and Public Life'.