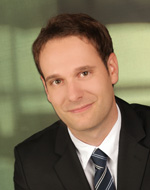 Dr Paul Gragl is Lecturer in European Union Law at Queen Mary, University of London. He is author of The Accession of the European Union to the European Convention on Human Rights (2013, Hart Publishing). Prior to arriving at Queen Mary, he was a Teaching and Research Fellow at the Institute of International Law and International Relations of the University of Graz, Austria (2010-2012), where he also completed his doctoral thesis on EU accession to the European Convention on Human Rights. From 2012 to 2013, he held the post of Research Fellow at City University London, starting his research on the relationship between Public International Law and the EU legal order.