Laurie Blundell is a pianist and a composer. He has studied at GSMD and later received an hons degree from Trinity Collage of Music. Laurie has studied with Douglas Finch, Yonty Solomon and has had several lessons from the late John Bingham. He now works with the highly acclaimed Nelly Ben-Or, for which he received a scholarship. 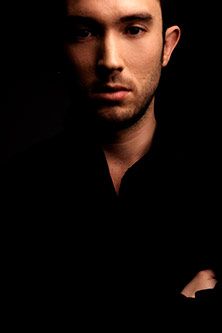 Laurie has been performing since a child and has played at the QEH, NEC hall in Birmingham as well as a solo performance at the Institute Francais. More recently Laurie was part of a prestigious master-class at the BBC concert hall in Bristol with Russian pianist Mikael Kazakevich and gave a solo recital in 2007 sponsored by the Glenilla Arts foundation. 2008/09 saw Laurie perform around London where several original works of his have been premièred and in Buenos Aires where he gave four solo recitals. Last year he played a Mozart piano concerto with ESO, and gave several solo recitals for Amazon Arts. He currently lectures at City University and holds a post at the JGSMD.

Music has taken Laurie all around the world and he has performed and studied in Mexico, Brazil, Cuba and Africa, as well as Europe.