During the inaugural Made@City there were 13 student exhibits on display, alongside academic staff projects. Attendees comprised students, academic and professional services staff and representatives from Tech City start-ups.

Faisal Valli was voted the winner of the competition. Faisal, a BSc. Computer Science student, won the most votes for his innovative Rubik's Cube Solver, a computer program that reads the colours of a Rubik's cube puzzle and comes up with a solution.

Since graduating from City, Faisal has worked for renowned companies such as GSK and is now Associate Software Engineer at Accenture. 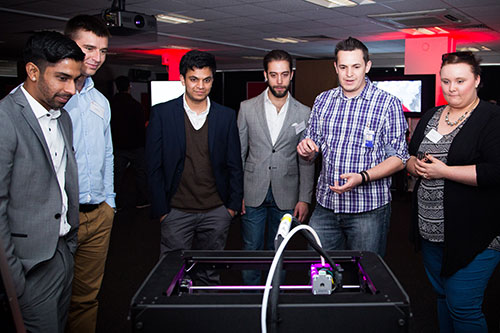