Why I picked City

Carla has finished her first term of studying BA (hons) English at City and is from Romania.

Choosing to study English Literature at university often generated reactions along the lines of ‘Are you sure?’ or ‘Isn’t it going to be hard for you as a non-native English speaker?’ from friends and family. I never gave them an answer – I didn’t know what to say. Now, after finishing my first semester at City as an English student, I can answer them that even though it’s difficult at times, I’m confident in the choice I’ve made.

Why I chose English as a degree goes way back to my childhood, as that’s when I started studying English and that’s also when my love for reading and writing began to bloom. These things, together with my decision to work in the literary industry, made an English Degree the obvious answer. As for choosing City, I looked for a university that actually acknowledged the opportunity of studying English in London – the very heart of the English language and literature. When I saw the prospectus, it was clear that the course approaches literature as something alive, current and as an active agent in the reality surrounding us. This is the approach I was looking for and that made me click City as my firm choice without hesitation.

Funnily enough, in Induction Week I certainly experienced the reality of literature in London through a two hour walk around the Clerkenwell area which covered sights like Dicken’s literary locations, the bar where Lenin once wrote for Iskra and St. John’s gate where Shakespeare used to send his manuscripts for inspection (not to mention he once lived just south of the Barbican). So the idea of experiencing literature became a priority right for the get-go.

The way the course was structured also had this approach. This semester covered four modules which discussed literature from different points of view: historical, based on the practical criticism of different genres, in relation to concepts like authorship and creativity, and creative writing as performance. Ultimately, all of them emphasised how literature affects life and the other way round – and did so in a polished and well-thought out way. 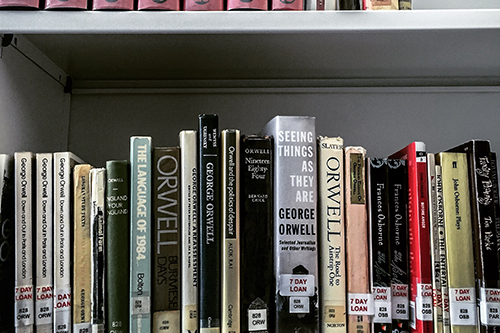 A fact that always generates funny reactions is that there are only twenty of us in the course. This is because it debuted this year (which I didn’t know until I came here) yet it’s just as polished as any other course. At first I was disappointed that I wasn’t going to have the big lecture theatre experience (and, in all honesty, that I couldn’t nap once in a while without being noticed) but as the semester went on, I realised it’s for the best. I actually get to know my colleagues and lecturers – I know who I’m working with and vice versa, and everyone gets a chance to speak. Also, it made it easy for me with my introverted personality to make friends.

We usually spend our time in the lounge areas and in the library – level four is by far my favourite one, and we’ve also established our own English Society. Aside from the main course, I also signed up for a Mandarin course which is going pretty well.

I’ve been thoroughly enjoying City so far- both the course and the university itself have been the right choice and I’m looking forward to see what’s there to come.