Zahra is a Sociology student at City, University of London. She is also the Raising And Giving (RAG) officer for the University’s Students Union (SU).

Before starting at City I had no idea what RAG was or that a Raising And Giving officer was even a position that existed in the Students Union (SU). I have found, and still find today that many people do not know what RAG is. The numerous times I get “What is RAG?” since beginning my role is uncountable now! –It’s one of the biggest challenges I’m working on this year! (RAG societies are student-run charitable fundraising organisations)

I found out about RAG in my second year of university. I was communications officer for two charity societies who were running events during the SU’s RAG week. Later in the year, someone from the SU posted a link on Facebook to run for the RAG officer position and I thought why not give it a try! 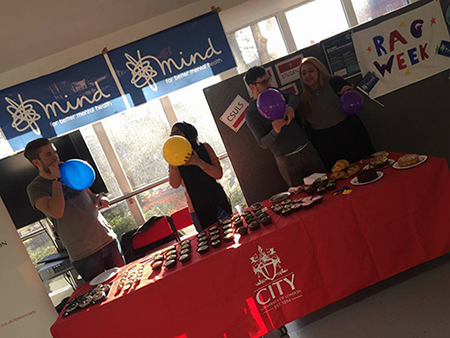 I wasn’t aware how important the role would be when I was running, but I am so glad I was elected. The SU in general is a really important part of the university, in representing students and making the student experience what it is -and it is incredibly rewarding to be part of it. Not only am I helping with RAG and organising RAG events, but there are far more political implications that I had not realised before running for the role. Working alongside the other full time and part time officers in the Students’ Union, I attend monthly meetings to discuss issues at City and come up with solutions, such as voting on policies and deciding on campaigns that the SU should promote.

Through working with the previous two charities I’d worked with I really enjoyed the experience I had on planning and organising events and taking a more influential role. I wanted to try it as I had never taken on such a leading role so I wanted to challenge myself, but I also wanted to help make RAG an even bigger part of City. I feel as though charity should be a detail in everyone’s lives as it is so important to give back. I would like to give students the opportunity, through RAG, to be involved in charity as many have the intention but had no idea how to go about it. So, I have recently created a RAG committee in order to do this. 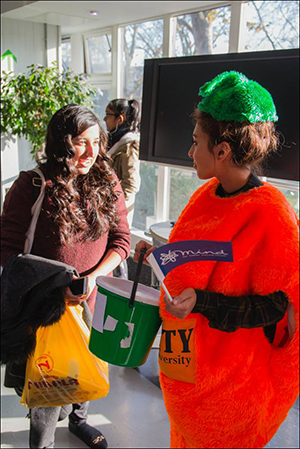 This role has definitely given me confidence and to believe that I have the ability to do more and not to restrict myself but to go out and try and do more because it has given such a fulfilling feeling. It has shown me that there are many options out there and that I shouldn’t be afraid to try and take them on. I am glad that RAG keeps me productive outside my education and I enjoy the role a lot. I am/used to be quite a quiet person naturally, so it has given me confidence and communications skills as it has forced me to speak out of my comfort zone. It is essential to have good communication skills when you are organising events and trying to convey ideas across as well as chairing meetings. These skills will also help me with my studies as they have made me more of a proactive person and motivated me with my studies. It has also directly helped as one of the two charities that the SU Vice President (Activities) and I have chosen to fundraise for as part of RAG is ‘Side by Side’ with Refugees, and thanks to a module I am taking this year about Refugees, I now have an extensive knowledge of the world refugee crisis and issues regarding it, which has helped with understanding the charity. My degree of Sociology has definitely helped me with my current role as it has given me awareness on social issues such as equality, diversity and rights that are important to recognise being part of the Students’ Union.

Because of all these extra-curricular activities that City has allowed me to be involved in, I feel far more confident in myself and my future prospects and have also found interest in areas outside my studies that will help me to narrow my interest down when I am starting my career. I have even started a society this year which I am the president of, something I could never imagine myself doing!