Ioannis had a year on placement at the Bank of England. Find out about his experience. 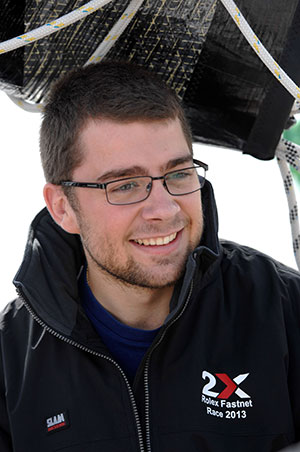 1. Why did you decide to do a placement while at City University London?

When I decided to do a placement I knew that I would graduate a year later than most of my friends at University, however, the amount of experience I gained during the 14 months I was on placement is invaluable. I knew that the experience would not only help me find a job after I had graduated but that it would also enable me to decide what career path I wanted take.

2. Where was your placement and what was your role?

My placement was at the Bank of England, where I was an IT Analyst.
During my placement I had several roles such as testing, requirements gathering and validation. I worked both in the department responsible for central banking applications as well as the data science department for prudential regulation.

3. What has been the most important thing gained from your placement?

My placement has enabled me to gain an insight into how to work in a professional environment. Apart from gaining many practical skills, which I might have not gained if I had not done a placement, it also enabled me to see whether the path I was taking would be the one I wanted to do for the foreseeable future.

4. What did you do after graduating?

After graduating I became a sole-trader, offering IT Services to several companies within the EU. I am currently involved in several projects at these companies, including developing Natural Language Processing applications.