Addressing gender equality  is a long-term programme of work and City is at the start of the journey. The Gender Equality Project is evidence of City’s commitment to an ambitious agenda to make demonstrable differences that can be widely felt and understood across City.

Below you will find information about some of the initiatives underway at City.

A range of positive action mechanisms were used in the 2014/15 academic promotions round, including giving briefings to Heads of Departments to encourage staff whom they considered ready for promotion to apply, equality considerations highlighted to panel members, and improvements to appraisal training in relation to career development. This may have been a contributory factor to the outcome of the academic promotion round. This suggested that overall women were more successful than men, 42% (n25) of the total applicants for academic promotion were female, whilst female staff constituted 50% of the promotions awarded.

City is committed to ensuring that female staff participate fully in Leadership Programmes.

Run as two two-day modules by the Leadership Foundation, the ‘Leadership at City’ programme is aimed at individuals who have a substantial impact on City's direction, strategy and objectives and, either directly or indirectly, lead, give direction to, or manage a team.

The aims of the programme are to:

Since its launch in June 2015, of the 36 participants to date, female staff have made up 39% (14) of those who have attended the programme.

City does not have enough women in recognised leadership roles. Research has shown that having women in leadership teams makes the team more effective and successful. City is promoting Aurora, a women’s development and leadership programme, as part of its commitment to developing its female talent and a balance of both women and men as heads of departments and in senior leadership/decision making roles. City has been funding places on the Aurora programme since 2013/14, which over a five month period has provided female staff with access to a mentor, highly successful role models and networking opportunities. In 2015, ten female staff completed the Aurora Leadership Development Programme.

Comments from current and past participants 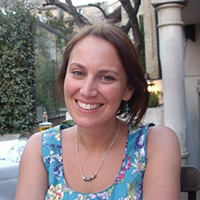 I was part of the first Aurora cohort back in 2013. I felt as if I was part of something quite significant as the objective of the Aurora scheme is to develop a new generation of female leaders within higher education in the UK, redressing the gender balance. Hundreds of bright and interesting women from across the sector took part in the scheme, both academic and professional; it was wonderful to share experiences and knowledge and we were encouraged to stay in touch. I took a lot away from the sessions, not only management techniques but also personal skills and new ways of thinking, as each session included a speech from an inspirational woman, such as Tanni Grey-Thompson the Paralympic medallist. All ‘Aurorans’ are paired with a mentor, which really helped me to apply my new skills and approaches.” 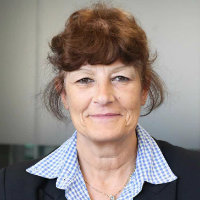 I have been involved in the Aurora programme for two years as a mentor and also as a role model. Throughout my career within nursing and education I have developed a range of strategies to support my own development and I was happy to share those to help others.

I have now mentored three staff from the programme; I was pleased to be able to help them to develop strategies to manage various aspects of their roles. They felt that it was beneficial to hear about the roles of others, how others plan for their future career and also how to deal with various situations. I have also benefitted from spending time with them, hearing about their aspirations makes me reflect further on my career and plan my next steps."

Last year City introduced Career Coaching workshops, all female staff from Grades 7 to 9 were invited to express an interest in career coaching. The 54 respondents were invited to attend a career development workshop and to receive 360 degree feedback, FIRO-B psychometric testing and 1:1 career coaching to support them with their career planning.

Research has found that unconscious bias can heavily influence recruitment and selection decisions and several experiments using CV shortlisting exercises have highlighted bias by gender and ethnicity. City introduced unconscious bias training for members of the Senior Executive and HR staff in 2014/15 and plans to roll out the training to managers this year.

CityUniWomen and Cass Women network groups have been developed through grass roots activity. The groups offer support to women at City by hosting development events and acting as informal consultative bodies for City.

The Gender Equality Advisory Group (GEAG) consists of ten external women in senior positions across academia, business and the professions who will advise City on its equality aims. The group is developing and further nominations for members are welcome as we are keen to ensure there is diverse representation amongst members.