A commitment to change.

City is committed to addressing gender equality in representation, progression and the working environment for all staff.

City is a member of the Athena Swan Charter which enables us to raise its equality and diversity profile and provides a framework on which to build on current good practice. Athena SWAN highlights that bad practice disproportionately affects women, while good practice benefits all staff. Our aim is to improve the City working culture, and enhance excellence for all staff and students within the City.

Athena SWAN is a Charter which recognises excellence in an institution's commitment to gender equality. Over the past decade, the focus of Athena SWAN has been on the progression of women academics and researchers in the disciplines of science, technology, engineering, mathematics and medicine (STEMM).

In May 2015 the Charter was expanded to recognise work undertaken in arts, humanities, social sciences, business and law (AHSSBL), in professional and support roles, and for trans staff and students.

City became a member of the Charter in February 2014 and achieved a Bronze Award status in 2017.

In July 2015 City launched the Gender Equality Working Group (GEWG) to lead and co-ordinate activity that will support City in developing and delivering its gender equality objectives. The GEWG is chaired by Professor Giulia Iori, Professor of Economics. On these pages you will find information about the GEWG, what’s happening with the Gender Equality project, the Athena SWAN Charter and how you can get involved.

On International Women's Day 2016 City hosted a thought provoking panel debate chaired by ITV’s Penny Marshall. At the event, three leading academics from City discussed whether gender parity is possible and if so, how it can be achieved. See video highlights of the event, titled 'Is parity possible?' 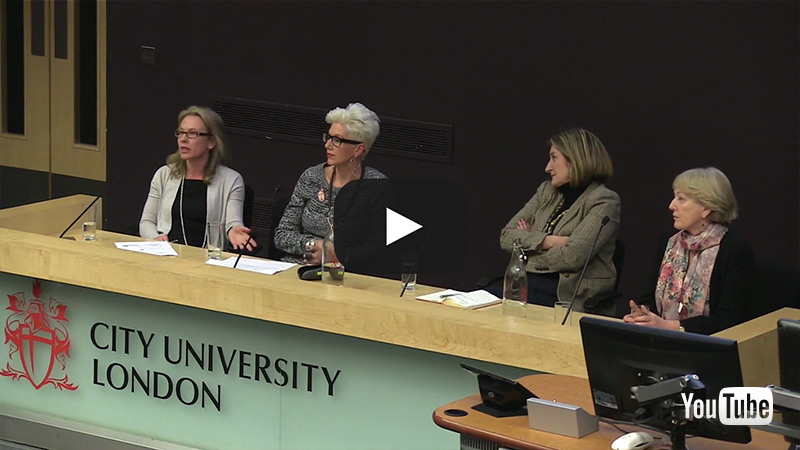