Learn more about Formula Student at City, University of London

The team will design and build a single-seat racing car, competing against 120 other teams and testing the car's speed, acceleration, handling and endurance at the world-famous Silverstone race circuit, home of the British Grand Prix.

An introduction to the students and support team behind the City Racing team enterprise.

Find out how to get involved in the team and details of the competitions in which we compete.

Details of the design, construction process and technical specifications of our cars.

Make a one-off or repeating donation to help the City Racing team stay on track. 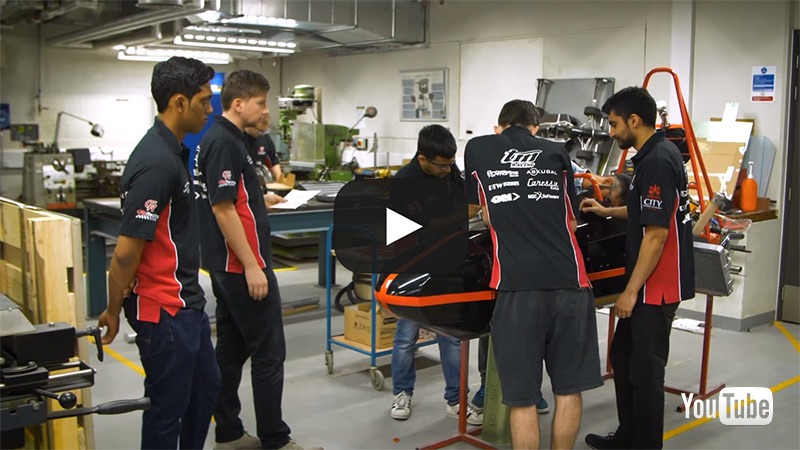