Population aging is taking place in nearly all the countries of the world. Aging results from decreasing mortality, and, most importantly, declining fertility. The global share of older people (aged 60 years or over) increased from 9.2 per cent in 1990 to 11.7 per cent in 2013 and will continue to grow as a proportion of the world population, reaching 21.1 per cent by 2050. Globally, 40 per cent of older persons aged 60 years or over live independently, that is to say, alone or with their spouse only. As countries develop and their populations continue to age, living alone or with a spouse only will likely become much more common among older people in the future.

In this design assignment primarily the two most important areas of information sensing and processing are being challenged; visual abilities and cognitive abilities. N.B. 95% of information from outer world is received and processed visually, therefore it is a crucial prerequisite of the cognitive skills.

As we age, natural physical changes of the human eye diminish our visual abilities including our ability to read. The cornea becomes more opaque, the lens absorbs more light, and the pupil diameter decreases, resulting in a reduction in retinal illuminance. Increased fat deposits in the cornea and lens lead to an increase in light scattering inside the eye, making it more difficult for the eye to recognize the visual images. The lens yellows and absorbs a higher amount of blue wavelengths. Last but not least, weaker ciliary muscles and an increased rigidity and hardening of the lens reduce our ability to focus and to adjust to different light levels easily.

Everyone experiences changes in their eyesight as they age. Research shows that a 60-year-old needs twice as much light as a 30-year-old. For many, it means buying reading glasses to read a menu, newspaper or other small print. Often, the first thing people notice as they get older is their loss of ability to see distance. That happens around age 45, and is called presbyopia. By 60, most people have a ‘fixed focus’ optical system and need glasses. After age 60, eye and visual system changes accelerate, so that less light reaches the eye. Therefore, people need more light to see details as they age.

Cognitive abilities are the mental skills one need to carry out any task from the simplest to the most complex. These mental skills include awareness, information handling, memory and reasoning. As we get older, our cognitive abilities gradually deteriorate. A certain amount of cognitive decline is a normal part of aging. Cognitive aging is complex: there is little age-related decline in some mental functions—such as vocabulary, some numerical skills, and general knowledge—but other mental capabilities decline from middle age onward, or even earlier. The latter include aspects of memory, executive functions, processing speed, reasoning, and multitasking. All of these mental functions are critical for carrying out everyday activities, living independently, and for general health and well-being. A further three findings are striking. First, different aspects of age-related decline occur together. Second, slowed speed of information processing accounts for a large proportion of age-related decline in all cognitive domains. This slowing of speed of brain processing begins in young adulthood. Third, the ability to schedule and undertake multiple everyday activities appears to be sensitive to aging.

The aging population needs more light of better quality that supports their independent living. State-of-the-art lighting with smart controls can significantly contribute to the elderly’s feeling of safety, comfort and independence.

The project shall be realized through the product ideation, the conceptual design and, as a proof of concepts, the creation of a demonstration room equipped with intelligent solutions based on scientific literature research and user-oriented innovative product design. Technology and materials involved shall be of energy-efficient, sustainable and imposing the least economic footprint. 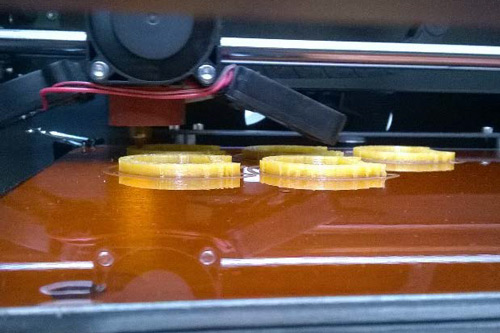