Maciej's PhD research concerns visual working memory - the kind of memory that holds visual information for a short time, so that it can be later accessed and used in the absence of that information. He is interested in the earliest stage of this process - the encoding - when the image is "written" into memory. For that reason, his research concerns both memory and visual perception.

Considerable amount of work has been devoted to understanding early perceptual processes. However, traditional disciplinary boundaries have resulted in less work that would examine the relationship between low-level perception and working memory.

This is a promising area of research, especially if one considers findings from both neurophysiological and functional neuroimaging studies showing that working memory depends upon an extended network of neural areas. These include not only traditionally identified prefrontal and parietal regions, but also primary and higher sensory cortices.

In particular, he is investigating how luminance (L+M) and opponent chromatic (L-M and S-(L+M)) post-receptoral mechanisms contribute to the fidelity of encoded image, and whether those mechanisms can differentially affect performance in working memory tasks.

Because encoding into working memory is almost instantaneous, he is using electroencephalography (EEG). This technique allows him to investigate the neural dynamics of memory encoding as they unfold with time. This method is coupled with visual psychophysics, using stimuli highly controlled for chromaticity and luminance.

Maciej's more general interests extend to the role of neural synchrony (and asynchrony) in ongoing cognition, application of techniques with high temporal resolution (such as EEG) to explore questions of visual perception, as well as altered cognition in psychiatric disorders, such as schizophrenia.

Maciej has experience of:

He has a Bsc Psychology from the University of Aberdeen (2011).

Twitter: @M_Kosilo
Maciej can be found on Research Gate. See his CV on Academia.edu. 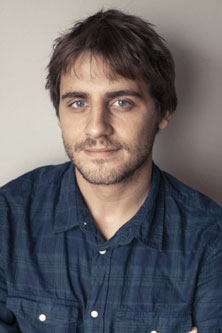