Iro's doctoral research explores the neurological pathways underlying primary emotional processing and visual attention. Prevalent themes in her research include the pre-attentive processing of threat; speed-accuracy trade off as a function of anxiety in the perception of primary emotions; approach/avoidance responses to perceived threat; and the exploration of individual differences in amygdala volume as a marker of differential and lateralised responses to emotional stimuli.

Iro has also been a Visiting Lecturer at London Southbank University. 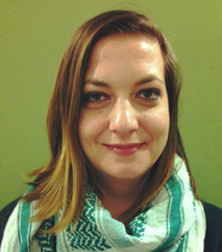