The Developmental Psychology Research Group comprises researchers dedicated to the understanding of human development. Research focuses on the psychological and neurocognitive underpinnings of Autism Spectrum Disorder (ASD), issues that affect the development of children's memory, and the social and emotional development of young children.

Professor Bowler has a large programme of research examining the patterning of memory processes in intellectually high functioning people with ASD. The theoretical insights gained from this work have directly contributed to collaborations with Dr Katie Maras of the University of Bath on eyewitness testimony in people with ASD and with Professor Patricia Howlin of the Institute of Psychiatry, King's College London, on the impact of ageing on memory in people with ASD.

Dr Gaigg's work focuses on learning and memory as well as emotion related processes in ASD. His programme of research has shown that the emotional salience of events modulates a wide range of cognitive processes including learning and memory differently in this disorder, which has wide reaching implications for developmental theories of the condition.

Research by Professor Howe examines the development of autobiographical memory, the development of proximate mechanisms of an adaptive memory system, the positive consequences of false memories, and reasoning-remembering relationships.

Research by Professor Howe and Dr Knott examines factors that influence true and false memory development in children. This research involves a number of projects examining memory abnormalities in traumatised and maltreated children, the development of adaptive memory, the genesis of false memories, and the implications this has for eyewitness testimonies and the law.

A number of the projects have been funded by government research council grants, with the most recent examining the more positive consequences of false memories, and their ability to prime the solutions to analogical reasoning tasks.

Research by Dr Todd and her PhD student, Sara Thommessen, evaluates therapeutic interventions for asylum-seeking and refugee children, youth and mothers of young babies who have experienced trauma in their country of origin and who face additional difficulties in European host-societies. This work has been funded by grants from the Jacobs Foundation and the International Society for the Study of Behavioural Development, Signe and Ane Gyllenberg Foundation of Sweden, and the Big Lottery Fund, UK.

Research conducted by the Developmental Psychology Research Group has been published in a number of leading international journals, books, and special editorial pieces, and. The work has been supported by substantial funding from government and charity research council grants. A sample of news and noteworthy activities and achievements from the group are listed below.

Specialist 3rd year elective modules are delivered by our Developmental Psychology Research Group and highlight our expertise in above mentioned research fields. 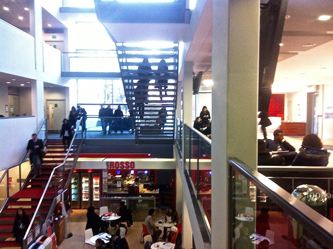