The group's research activities focus on:

For instance, how do people make choices about the food they eat and the exercise they do? Doctor Katy Tapper identifies variables that influence health-related behaviours and explores ways in which we might intervene to bring about change. Other research in the department investigates judgments and decisions under conditions of risk, uncertainty and ambiguity (Professor Peter Ayton); personality neuroscience, individual differences in emotion/motivation and various experimental and applied economic behaviours (Professor Philip Corr) and financial decision making, including delay discounting, judgmental forecasting, behavioural game theory  and the psychology of taxation (Doctor Stian Reimers). This research often shows that people do not behave according to the rationality assumptions of neoclassical economics.

When can we say that a person is behaving rationally? In the famous Linda problem, participants consider more probable the statement that Linda is a bank teller and a feminist, than she is just a bank teller (the conjunction fallacy). Is this irrational behaviour? Standard approaches to rationality are based on classical probability theory. Doctor Emmanuel Pothos explores the extent to which an alternative system for probability, quantum probability theory, could provide a descriptive model for human decision making, as well as a normative model for human rationality.

Other research in the department looks at the outcome of choices. How do choices about work, family, finances and other areas of life affect how satisfied individuals are with their lives? Drawing on theories and methods from psychology, economics and sociology Doctor Anke Plagnol investigates how such choices affect individuals' subjective wellbeing. How do people recover from work during their leisure time? Doctor Paul Flaxman evaluates therapeutic interventions for improving mental health and wellbeing in the workplace.

These and related research questions are investigated by researchers in the group using a variety of empirical methods, including laboratory experiments, field studies, surveys, online experiments and secondary data analysis.

Professor Philip Corr co-founded, in 2009, the British Society for the Psychology of Individual Differences (BSPID, which now has close to 100 members) - this Society was showcased as part of a special issue of The Psychologist (2013 January) on the topic of the past success and future promise of personality and differential psychology in the UK.

Professor Philip Corr was elected by Society members to the offices of President-Elect (2013-2015) and President (2015-2015) of the International Society for the Study of Individual Differences (ISSID). 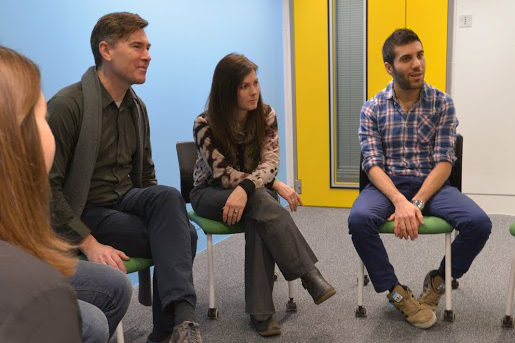