Centre for Memory and Law

"The Centre for Memory and Law forms an international, interdisciplinary collaboration between academics and professionals who share a common interest in understanding the role of memory and how it serves as evidence. Our interests are far reaching but currently focus on witness memory reports in the media, legal cases, accounts of war, political oppression and applications for immigrant status."

The nature of specific memories and memory more generally is not well understood beyond the domain of memory researchers. However recent findings from memory research has important implications for the use of memory as evidence, not only in the case of the eyewitness testimony, but also for how jurors, barristers, and judges weight evidence. For example, in the legal arena alone, erroneous beliefs about memory have led to unsafe convictions - Innocence Project, USA.

These misunderstandings of memory can also be damaging, where in cases of rape, for example, memory as the major form of evidence is often undervalued due to circumstances surrounding the rape incident (only 18% of reported rapes result in a prosecution, and less than 7% in a conviction; Ministry of Justice, Home Office and National Office of Statistics 2013: 7).

The mission of this Research Centre is to produce research that has mutual benefit to both scientific and forensic inquiry. We, as scientists have been able to progress our theoretical understanding of how memory develops, is reconstructed, and can be distorted. In light of this, practitioners have been able to develop new techniques and protocols for examining memory in forensic fields. However, there are still considerable gaps in what we have recently discovered in the scientific study of memory and common beliefs still held about memory.  Our hope is that the relationship between the scientific community and other professions continues to develop so that what becomes known about memory might become better disseminated and influence policy changes, procedures, and practices in important forensic contexts.

Recent grants affiliated with the Centre 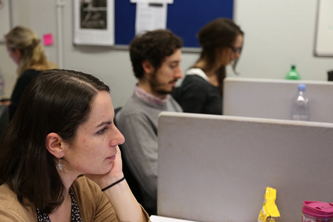 For all advice on memory, including: