The Autism Research Group (ARG) comprises academic staff, postdoctoral fellows and doctoral students who share an interest in understanding the psychological and neurocognitive underpinnings of Autism Spectrum Disorder (ASD). Our ambition is to promote a better understanding of autism across all ages and cognitive ability levels and to inform strategies for improving the quality of life of the individuals who are affected by this disorder.

Our current research efforts include:

In addition, we are developing new research in the following areas:

What is the Autism Spectrum?

The Autism Spectrum comprises a set of conditions(Autistic Disorder, Asperger's Disorder and Pervasive Development Disorder - Not Otherwise Specified) that are primarily characterised by abnormalities in the domains of reciprocal social interaction and communication as well as by a tendency to engage in repetitive and stereotyped forms of behaviour. The patterning and severity of these behavioural manifestations varies widely across individuals, but the attribution of a common set of atypical functions underlying these different manifestations is justified by similarities in the early developmental trajectories of individuals from all parts of the spectrum.

Although once thought to be rare, ASD is now known to affect approximately 1 per cent of the population and the incidence in males is around four times that of the incidence in females. Scientists are unanimous in the view that ASD has a biological cause, but as yet, the genetic and neurobiological underpinnings of these conditions are poorly understood. At the cognitive and psychological level somewhat more progress has been made over the past decades and it is now clear that ASD is characterised by a complex constellation of typical and atypical functioning in a host of cognitive and psychological processes. Trying to unravel this complexity and thereby contribute to the building of a foundation for more biologically-based explanations of ASD, is the principal goal of the work in our group.

Members of the Group

Psychology PhD students talk about their research into autism

In this video, two former doctoral students working with the Autism Research Group discuss the work that led to the recent successful completion of their PhDs. Esha Massand talks about researching memory in autism and Niki Daniel outlines her work into how people with autism recognise people's faces. 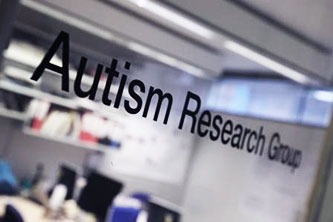 Get involved in our research

Whether or not you have a diagnosis of Autism Spectrum Disorder, you can help us with our research by taking part in some of our studies.

Read more about our work

We have recently developed an evidence based guide to anxiety in autism with colleagues at West Sussex County Council's Autism and Social Communication Team.

The article 'Anxiety in autism may be caused by an inability to understand own emotions' was featured on the City University, London website June 2016

The article 'Why does autism cause such anxiety?' was featured in the Mail on Sunday June 2016

City PhD graduate Esha Massand is profiled as one of the Association for Psychological Science Observer magazine's Rising Stars.