Nollywood is the informal name of Nigeria’s unique and globally recognised film industry. For over two decades (since 1992), the products of Nollywood film and music practitioners have been continually presented as a reflection and representation of the Nigerian society. Yet those creative and cultural underpinnings in Nollywood film music – processes, approach, symbology, commerce, and identity – have remained undocumented.

This research aims to establish verifiable evidence of Nigerian musical culture in the actions and inactions, assertions, and subversions within Nollywood film music practice. To do so, the study considers the industry from 1992 (the year of its first production) to 2015. Relying on an ethnographic study, this period provides the latitude for understanding Nigerian musical culture, and how the industry’s musicians have transported, transformed, and re- or de-contextualised it in film.

The methodology for this material is based, in part, on an approach akin to grounded theory wherein the data drives the theoretical outcomes. This is achieved through a critical examination of the socio-cultural and technological determinants of Nollywood soundtracks with emphasis on three Nollywood films, a text-tune correlation analysis of a transcribed videofilm song, publications on the subject, as well as data from studio observations and interviews/conversations with practitioners.

Findings validate the argument that there are three Nollywood film music schools of thought; that identity is a subtly packaged commodity that exists in tiers and is regulated by various elements including, but not limited to, politics, power, music and film genres, language, as well as localisation and hybridisation. And because Nollywood film music draws heavily from Nigerian musical culture, the entire process is a socio-cultural construction that is plural – always in the process of becoming – and to some degree susceptible to re-signification. 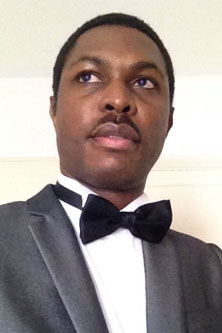