PhD Title: Gordon Green and his contribution to the ‘Manchester School’ of pianism

Green Gordon Green (1905-1981) was an important cultural figure in the history of pianism in Britain until his death in 1981. A close friend of Alan Rawsthorne, he had numerous pupils among them such important artists as Philip Fowke, Martino Tirimo, Stephen Hough, Gordon-Fergus Thompson, Christian Blackshaw, and Peter Donohoe and Martin Roscoe.

Gordon fostered and promoted important cultural liaisons at his home in Manchester, as piano professor of the Royal Manchester College of Music (now known as Royal Northern College of Music-RNCM), with frequent guests of international repute such as Sviatoslav Richter and Shura Cherkassky. He was also a professor of the Royal Academy of Music (London, UK), which greatly extended his sphere of influence.

Notably, Brendel has been quoted as an admirer who personally met Gordon on a number of occasions. Certainly, there were other influential artist teachers around at the time of Green, therefore this research topic is proposed as a case study of a biography.

It is also important to note that there is a vast research gap when it comes to British pianism, thus even the mere reference to a British piano tradition of any sort is problematic at this point because of insufficient research (thus still not established as a concept among British researchers). However, Gordon Green is a worthwhile subject matter whose biography could contribute to the wider mapping of pianistic historiography in the 20th c., while allowing a critical look at methodologies involved in the construction of ‘schools’. Therefore, the research intends to address objectively Gordon's specific role and position in the history of music in the 20th c. with a view to considering a plausible construct of his illustrious students as a distinct school, and in parallel contribute to the amendment and expansion of the British pianistic tradition(s) as charted by the International Piano Archives at the University of Maryland.

Biographical studies in the field of music are usually concerned with composers and performers, however this research will seek to investigate a subject whose contribution is primarily in the field of piano teaching instead.

The dissertation then would also contribute to the existing debate on the merit of systematising knowledge/practices that came from the studios of legendary piano pedagogues Leschetizky and Vengerova, and ultimately further facilitating conclusions concerning the merit of systematising knowledge/practices in piano teaching at large. 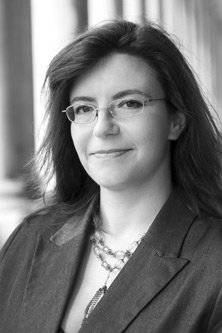