The Washington Post has announced that the Laurence Stern Fellowship will be renamed the Stern-Bryan Fellowship to also honour literary agent Felicity Bryan, a driving force behind the fellowship since it began in 1980. The fellowship was begun by Ben Bradlee in honor of Stern, a Post editor who died at age 50 in 1979. Bradlee and veteran British journalist Godfrey Hodgson turned to Bryan, a close friend of Stern’s, to be one of the original organisers.
“Ben Bradlee once said to me that the Stern Fellowship was one of the things he was most proud to be associated with, and I feel the same,” Bryan said. For the full story please see here.
The fellowship is currently suspended due to the Covid-19 pandemic but will return as soon as possible. 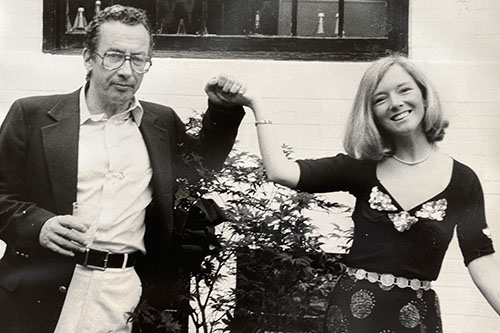 Are you a young journalist who wants the opportunity to work at one of the world's most prestigious papers? Do you want to follow in the footsteps of James Naughtie, Cathy Newman, Mary Ann Sieghart, Gary Younge and Lionel Barber?

Every year, a British journalist gets the chance to spend three months at the Washington Post and write for the paper as part of the Laurence Stern fellowship.

Gary Younge, former editor at large of the Guardian and author of Another Day in the Death of America (Stern Fellow, 1996)

Liz Hunt, Consulting Editor (Features), the Daily Mail "A shuttle launch in Florida; interviewing dairy farmers in Vermont; being pursued by police on the US/Canadian border; breakfast with Ralph Nader... I returned to London more confident, determined and ambitious. Stern was definitely a springboard in my career."

Past fellows have found themselves covering 9/11 and following the Obama campaign. This year’s winner will have a front-row seat  covering Trump's America, and see hotspots around the country both for politics and issue-driven coverage.

Last year’s winner, Laura Hughes of the Financial Times says of her experience:

Without doubt, the Stern Fellowship was the most extraordinary adventure of my life. During my summer, I went to 16 states, attended Donald Trump rallies and followed Democratic candidates across the country. From gun laws to abortion, I was given the chance to write about issues well beyond my brief in the UK. Driving on the 'wrong' side of the road was also an experience! To work at the Washington Post - a reporter’s newspaper in every sense - is an unbelievable opportunity. Learning from some of the best journalists in the industry is a rare and humbling privilege. I had the time of my life. Apply, apply, apply!

Applications will be considered from any journalists, whether they work in print, radio, television or the web, in London or elsewhere in Britain. NB This opportunity is not for students, but journalists who already have some years of experience. Apply now for the deadline of 27 March 2020.