Celebrating 40 years of journalism education at City, University of London.

We are delighted this year to celebrate the 40th anniversary of journalism at City. Over the course of the 2016/17 academic year we hope to welcome a large number of our wonderful alumni from across the world to join in our celebrations. There are graduates from the City journalism department throughout the media, both in the UK and overseas, pursuing successful careers across a huge range of platforms and organisations. At almost every UK award ceremony there are City alumni shortlisted and frequently winning prizes for their outstanding journalism. In the past months alone they have won the Kurt Schork award, the Orwell Prize for Journalism and several honours at the British Journalism Awards. They were also shortlisted and winners in the Editorial Intelligence Comment Awards and the Royal Television Society Awards, as well as claiming a host of more specialist prizes.

The Department of Journalism at City, University of London is one of the oldest and best established in the UK. Variously described as ‘the Oxbridge of Journalism’ or ‘the boot-camp for Fleet Street’, it was set up in 1976 to offer a diploma in newspaper journalism to a small cohort of barely a dozen students. Over the years, the courses have expanded and the department has grown beyond recognition into a thriving hub which teaches almost 600 students annually from BA to Phd. The basic diploma has been transformed into an undergraduate Bachelor of Arts and a postgraduate Masters course which is now offered across a range of different areas including Magazine, Broadcasting, Interactive, Television, Investigative and Financial Journalism. Today the course has moved far beyond basic print journalism and the students learn about data, coding, creating web content for online platforms, blogging, podcasting and video editing – as well as the core reporting skills and modules in ethics and law.

As the department began to attract a wider cohort of international students keen to learn about journalism in the UK, a distinct Masters in International Journalism was developed. Alongside this, the department also offers the Erasmus Mundus Masters programme, in conjunction with four other European partner universities.

In addition to teaching and training future journalists the department has more recently worked to establish a distinguished record in research and scholarship. It scored well in the Research Excellence Framework in 2014 and academic staff continue to pursue innovative research into a range of fields.

But what makes the research at City special is that it is closely linked to the world of practice. We regularly engage with industry figures and prominent journalists and this informs our research. Our regular events and debates on key topics in journalism – such as freedom of information, BBC Royal Charter renewal, reporting the Middle East – demonstrate our close links and involvement with the issues which have been at the forefront of journalism.

The department also pays tribute to our partners such as the Gatsby Foundation, The Marjorie Deane Financial Journalism Foundation, Google, The Stationers’ Company, The Scott Trust  and many others who have enhanced our offering and enabled us to attract a wider cohort of applicants. 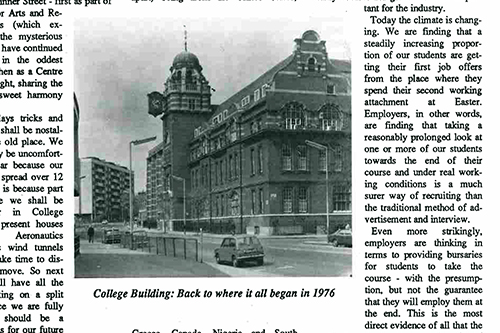 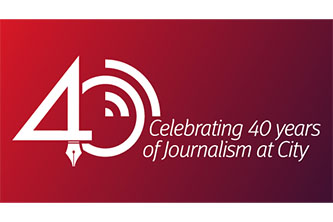 Find out more about City's Alumni network on Facebook