PhD title: The Role of Education in the creation of a Cosmopolitan Identity, and Global Society

Sahra's research involves the analysis and re-presentation of contemporary and Enlightenment cosmopolitan theory as both containing critical elements and at its core as a pedagogical theory and exercise for identity formation, development and global interaction.

Whilst much of contemporary research and practice involves the exploration of global issues, such as global governance, global management, international human rights, just war theory and immigrant rights, Sahra's divergent approach is exploring identity politics and the creation of the cosmopolitan individual as a political act of power, and as a precursor to a Cosmopolitan world. From this, Sahra is developing Cosmopolitan Theory as a critical theory, connecting the historical arguments of The Enlightenment philosophers Immanuel Kant and Johann Herder to contemporary political theory, and expanding upon Benhabib, Delanty, and Ingram's theoretical developments of critical cosmopolitanism.

Sahra obtained a mediocre BSc in Energy Management from Leicester University in 1996, before pursuing a wildly inappropriate career as a Consulting Civil Engineer.

She is currently in receipt of a City University PhD Studentship, and was PhD student representative 2015-16.

“The Enlightenment, Education and Cosmopolitanism: Herder” Presented at the Philosophy of Education Seminar Series, Institute of Education, UCL,  (April 2016) 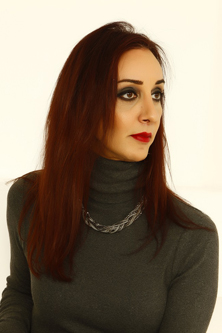