My research looks into the question of whether the United States conduct in practice was consistent with rhetoric theory in promoting democracy through the 2003 Iraq War. The study examines US acts in Iraq on several counts (politically and economically) to establish whether it adhered to its professed plans of democracy promotion and liberation or whether there was an ulterior motive of domination in the short and long term. In examining the ulterior motives of the US War and Occupation, my research looks at the relevance of elite theory to examine the backgrounds and membership networks of the elite decision makers in the Iraq war and how their backgrounds impacted their decision-making.

My research interests are based around the United States Foreign Policy towards the Middle-East and Iraq in particular. Special focus on the Middle-East and the US post 9-11 era, Democracy promotion and the present Middle-East in the context of History. My research also focuses heavily on Elite theory and its significance in explaining US decision making.

Find Bamo on the following 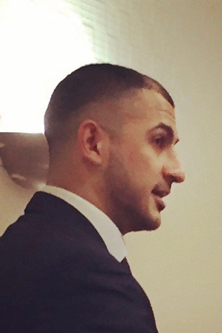