City’s Executive Committee (ExCo) advises the President on the strategic and operational leadership and management of City, responsibilities delegated to him by Council. ExCo is not part of the formal governance structure of City but the President reports ExCo discussions to Council. 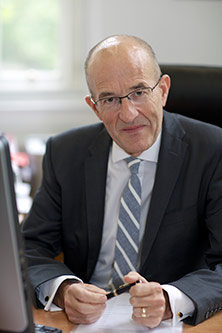 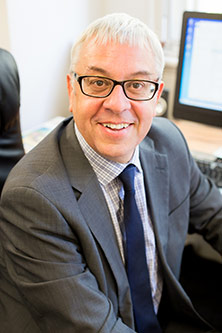 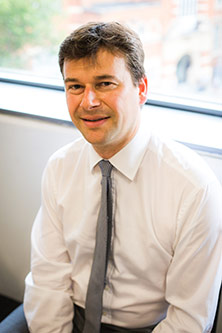 Professor Andrew Jones joined City from Birkbeck, University of London where he was Head of the Department of Geography, Environment and Development Studies.

Andrew is an economic geographer with research interests in globalisation, work and professional service industries. He is the author of over 55 peer-reviewed publications including six books and his current research considers business service industry development in China and the significance of services to the green economy.

He is a Fellow of the Academy of Social Science and the Royal Geographical Society.

Find out more about City's School of Arts & Social Sciences. 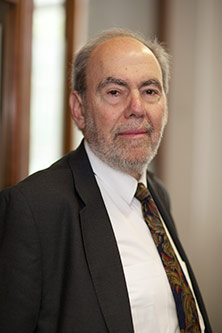 Professor Stanton Newman was appointed as Vice-President (International) (previously Pro Vice-Chancellor International) in August 2014 and is also a Professor of Health Psychology and a practising Clinical Psychologist. Prior to joining City in 2010, Stan was Director of the Centre for Behavioural and Social Science in Medicine at University College London.

Stan’s research specialises in the psychological and social issues of physical illness and its treatment. He has published over 350 research papers and chapters as well as 18 books and currently has a Google h-index of 58.

Stan was appointed as a member of the City’s Council in 2012. 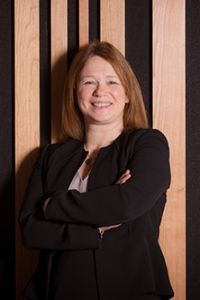 Professor Zoe Radnor is responsible for leading on all activities related to the Strategy and Planning for City. Professor Zoe Radnor is also the Executive lead for Equality and Diversity ensuring the development of E&D strategy, policy and the implementation of E&D initiatives. Professor Zoe Radnor is an engineer by background, she has a BEng in Production Management from the University of Nottingham, an MSc in Computer Integrated Manufacturing from Cranfield University and a PhD in Management Science from UMIST (now University of Manchester). Zoe’s research interest is in performance and process improvement and service management within public sector organisations. She has led research projects for a number of Government and HE organisations, evaluating the use of ‘lean’ techniques and she continues to maintain a strong ongoing research profile. Read Professor Radnor's biography 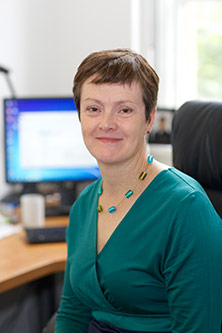 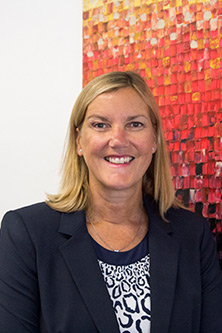 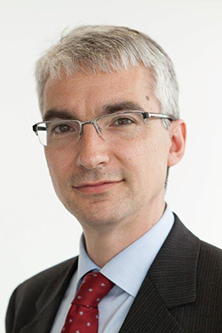 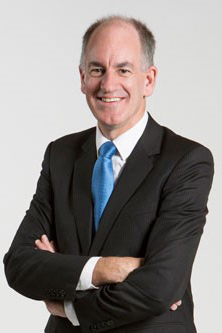 Professor Stockley holds a LLB and a BA from Victoria University of Wellington and a PhD from the University of Cambridge. His career started in legal practice, when he was admitted as a solicitor and a barrister.

Professor Stockley was a member of the Law Faculty at the University of Canterbury in Christchurch, New Zealand; published articles on constitutional law, the judiciary and eighteenth-century European history; and served as Head of the Law School.

Find out more about the City Law School. 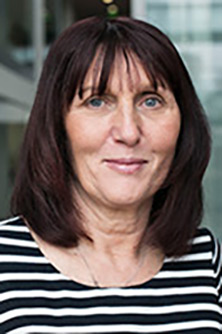 Find out more about the School of Health Sciences. 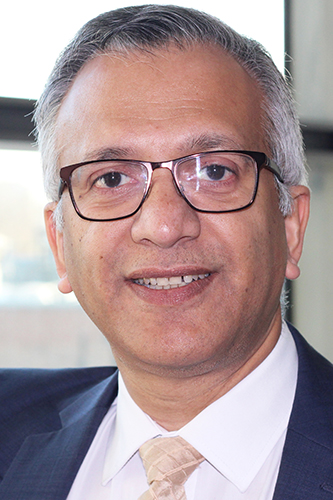 Professor Rajkumar Roy joined City from Cranfield University, where he was Director of Manufacturing. Professor Roy holds a PhD in Computing from the University of Plymouth (UK) and BEng and MEng degrees in Production Engineering from Jadavpur University in India.

He is a Founding Editor-in-Chief of the Elsevier Applied Soft Computing journal and a Fellow of the CIRP (International Academy for Production Engineers), the Institute of Engineering Designers (IED), and the Higher Education Academy (HEA).

Find out more about City's School of Mathematics, Computer Science and Engineering. 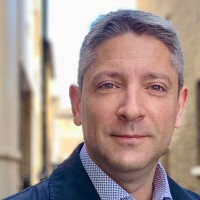 Find out more about the School of Arts and Social Sciences. 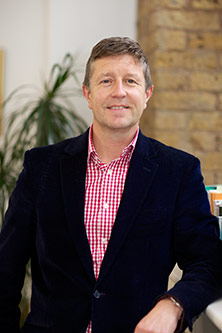 Kevin began his career as a Chartered Architect in Glasgow and moved into major Projects Management first for the NHS at Oxford Regional Health Authority and then in private practice consultancy. His projects covered healthcare, higher and secondary education and pharmaceuticals, procured through both traditional and non-traditional methods including PFI. As Director of Property & Facilities, Kevin’s role encompasses all aspects of the physical environment of City including property transactions, energy and environment, capital projects and facilities management. Kevin is principal author of the City’s Estate Strategy. In 2013 he was appointed a Design Council CABE Built Environment Expert and in 2014 became a Trustee Council Member of the Girls Day School Trust. 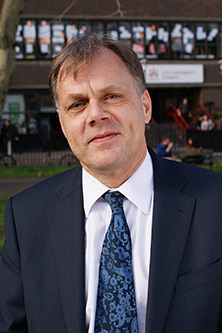 Tim is a Fellow of the Chartered Institute of Marketing and an active member of the Council for the Advancement and Support of Education (CASE). He is a founder member of the Universities’ Marketing Forum in the United Kingdom and the UK HE Strategic Marketing Programme. Tim is a regular speaker at Higher Education conferences and events. 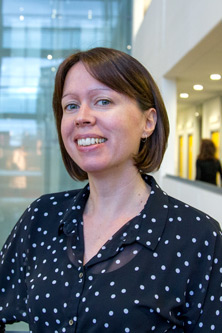 Susannah was appointed Director of Student & Academic Services in August 2013 and oversees City's student administration, student experience and engagement, sports and leisure, careers, quality assurance, large-scale student-related change projects and the Students' Union. She is City's representative on the Academic Registrars Council and co-representative of the Association of Heads of University Administration. In 2016, her Directorate was shortlisted for a Times Higher Leadership and Management Award for its collaborative working model with City's academic Schools.

She is a mentor and role model for the Leadership Foundation Higher Education Aurora programme that supports the development of female leaders, a mentor for the national AUA PG Certificate in Leadership and Management in HE, and a mentor for students on City's own award-winning professional mentoring scheme. Susannah is a nationally accredited workplace mediator and a member of the Professional Mediators Association.

Susannah holds a BSc Music and an MA Arts Management. She has held full-term non-executive positions with national arts education organisations including as Governor of the Conservatoire for Dance and Drama and as Trustee and Deputy Chair of the National Centre for Circus Arts. 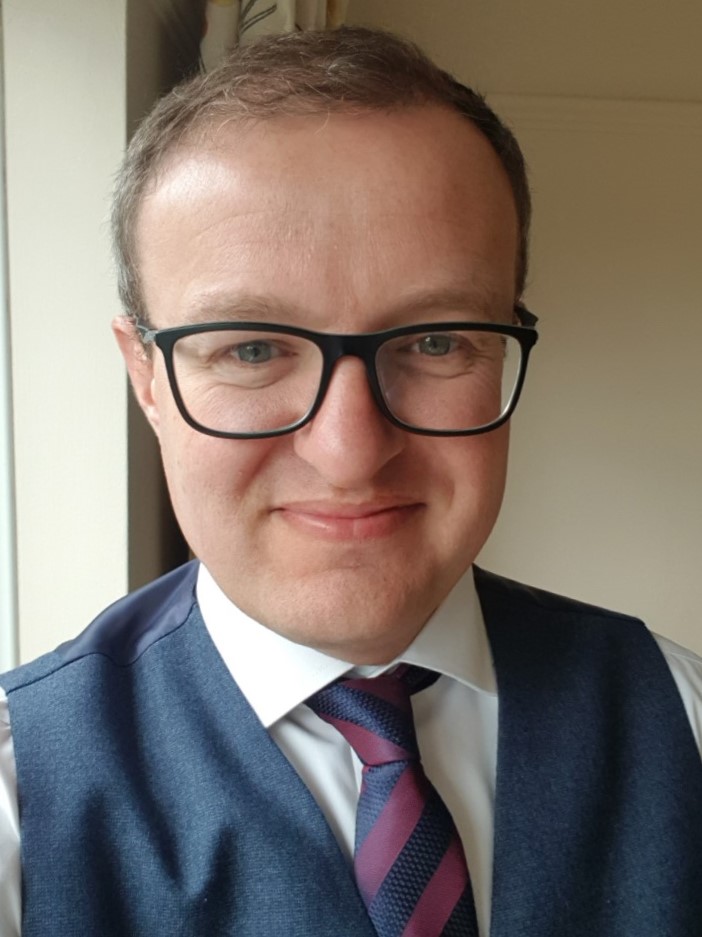 Paul holds a BSc (Hons) in Geography (Earth Studies), a Diploma in Residential Landscape Design and is an Associate of the Institute of Chartered Secretaries and Administrators. He is also certified to practitioner level in both Managing Successful Programmes (MSP) and Change Management.

Claire Priestley – Director of IT 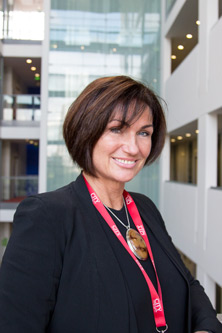 Claire joined City in 2008. Since joining the Education sector she has held roles as Director of Academic and Professional Process Change & Systems, Director of Application Management and Director of IT Business Management. Claire was appointed as Director of Information Technology in 2016.
Prior to this Claire worked for twenty years (largely for FTSE 100 companies) gaining extensive experience of Management practices, in particular: Business Change Management; Project Management and People / Organisational Development. During this time, she won a number of awards for her achievements in Leadership, Performance, Innovation & Creativity, and Excellence in Service.

Claire is an accredited member of the International Association of Facilitators, and has held a Practitioner role in this discipline for over 6 years. She is a mentor on the Aurora ‘Women in Leadership’ programme run by the Leadership Foundation for Higher Education and works in support of Community Development where she regularly speaks at events and mentors young people in Inner London Community Projects. 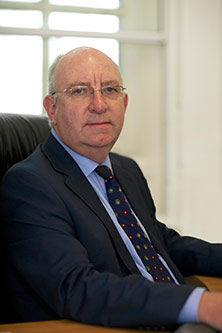 Following his PhD, Graham remained in Cambridge and worked as a software developer and marketing specialist in the developing high-tech sector. He travelled extensively and lived and worked for a while in the USA. After completing the Cranfield MBA, he worked in senior marketing and operational roles at Dun & Bradstreet, the business information company, before establishing a ‘dot.com’ startup in 2000 which was acquired by Royal & Sun Alliance (RSA) in 2002. Graham then worked in RSA world headquarters before retiring from the City in 2005 and joining Professor Curran at Bournemouth University in 2006.

Graham is the Secretary of ExCo (and of the The Executive Team (UET)) and provides all-round assistance and support to Professor Curran.